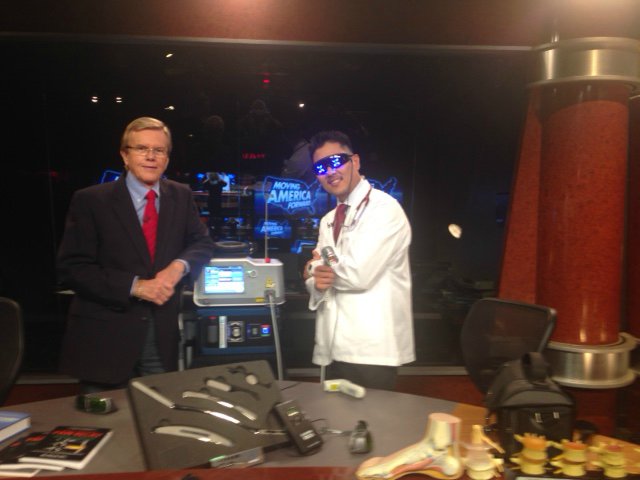 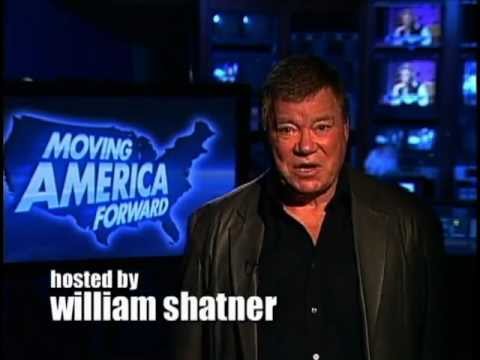 A major issue in American politics is healthcare, namely the struggle to keep Americans healthy to live productive, enjoyable lives. Today’s problems in healthcare and pharmaceutical industries include overprescribing drugs (pain killers, anti-inflammatories, etc.) with only temporary relieve, yet long term and dangerous side effects. Dr. Yoo D.C.’s work has helped combat this medical problem by making the technology of science fiction a reality. Through the use of lasers, magnets, infrared and LED light glasses, Dr. Yoo D.C. cures chronic pain, specifically back pain, knee pain, poor circulation, injuries in the neck/ spine, nerves, migraines, and brain based problems.

Newport Beach, CA – September 30, 2014 – Dr. Phillip Yoo D.C., the founder of The Concierge Clinic, recently joined noted business development expert, best-selling author and speaker, Brian Tracy, along with a select group of the world’s leading experts, to co-author the book titled, Transform: The World’s Leading Entrepreneurs and Professionals Get to the Heart and Soul of Transforming your Life, Business & Health. The book was released on September 18, 2014 by CelebrityPress™ – a leading business book publisher. 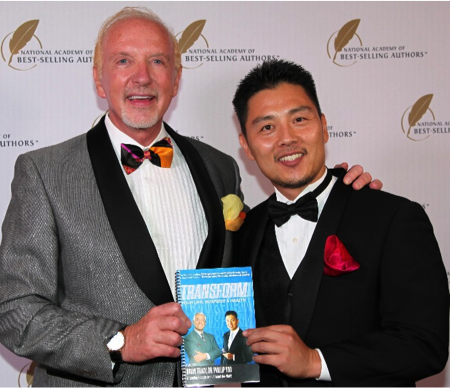 On the day of release, Transform reached best-seller status in two Amazon.com categories – reaching as high as #6 in the “Direct Marketing” category. The book also reached best-seller status in the “Marketing and Small Business” category. Dr. Yoo D.C. contributed a chapter titled, “The Greatest Lie My Dad Ever Told Me and How His Death Revealed the Truth.”  Dr. Yoo D.C. received the coveted “2014 Powertalk Thought Leader of the Year, as well as the Book Marketer of the Year, as he was one of the speakers at this year’s National Academy of Best Selling Authors Awards Ceremony, held at the Roosevelt Hotel in Hollywood, California (The first Academy Awards was held here).

New York-born Dr. Phillip Yoo D.C. is the best-selling author of 21st Century Pain Relief, a world-renowned speaker, and an in-demand healthcare, fitness and wellness expert who is sought after by many professional athletes, Hollywood celebrities and entertainers. Dr. Yoo D.C. has been a provider for the 2008 Beijing Olympic Games, Beyoncé Tour Korea, U.S. Military Special Forces Units and Ambassadors from every continent. He has also done voluntary medical mission trips to Central America.

Chronic pain. Chances are either you or someone close to you is suffering. It’s a national epidemic impacting more the 100 million Americans, according to a 2011 report from the Institute of Medicine, a National Academy of Sciences division. Chronic pain’s $ 635 billion annual price tag has exceeded that of cancer, heart disease and diabetes combined, according the health economists from John Hopkins University. Desperate for relief, people are turning to narcotics, injections and invasive surgeries in an attempt to abolish the pain that gets in the way of everything from daily tasks to the activities they most enjoy. In some cases, these approaches mask, reduce or – if they’re lucky- eliminate the pain. Others report little or no relief. 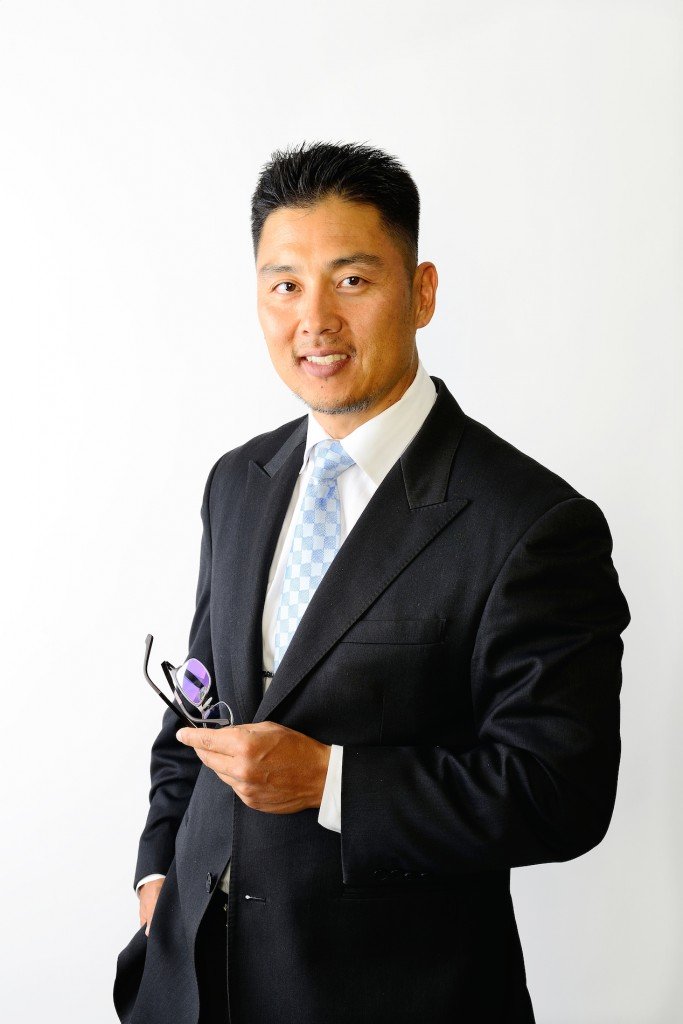 A Southern California doctor is making waves with his futuristic approach to win the war on chronic pain. He doesn’t prescribe narcotics or injectable drugs. He’s not an advocate of surgery. Instead, Dr. Phillip Yoo D.C. leverages non- invasive, pain free Laser and Magnetic Therapies to help people regain their quality of life.

More than 300 clinical case studies from Dr. Yoo D.C.’s happy patients – which included medical doctors, nurses, professional athletes, veterans, entertainers and people from all walks of life- suggest that he might be on to something big.

The following clarification to this story ran in the Nov. 6 edition of”Stars and Stripes”: A Nov. 3 article about a Yongsan Garrison preventive medicine clinic included a photograph and quotations from Dr. Phillip Yoo D.C., a chiropractor. Dr. Yoo D.C. runs a private clinic in Seoul and was at the 121st General Hospital as an invited practitioner. 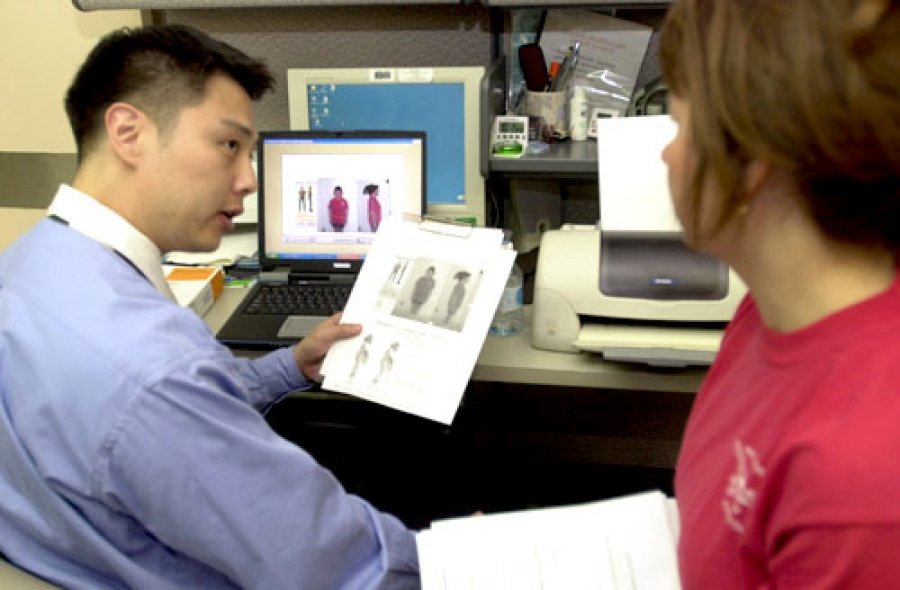 More than 100 soldiers and civilians signed up for appointments, at which health professionals conducted a free battery of diagnostic tests designed to help prevent injuries before they happen.

“The whole point of this is to assess now, and prevent problems later,” said Maj. Erica Clarkson, chief of physical therapy at the 121.

By giving feedback on things that could help or hinder future health — such as posture, running form, balance — medical officials say they can help prevent unnecessary injuries or help cure chronic pains.

Dr. Phillip Yoo D.C. is a in-demand chiropractor and sports medicine doctor sought after by many professional athletes and entertainers. Dr. Yoo D.C. has been the official chiropractor for the 2008 Beijing Olympic Games, Beyonce Tour, US Military Special Forces Units, and Ambassadors from every continent. He has also done voluntary medical missions in Central America.